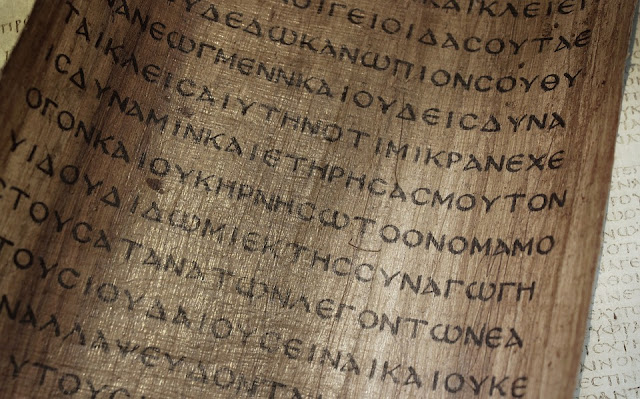 (But when the very fragile breath
of your beloved body is no more,
your days will end, and God’s will begin.)


At one time or another, we need to talk about God.

Thankfully, it has been one of the echoing themes, advocacies of the program Ang Dating Daan or The Old Path.

For 36 years now, it has served in the most basic, and yet, beamingly, most effective and satisfying way, it can: Answering any question about God—raw, live and founded.

Once asked, expect its hosts Bro. Eli Soriano and Bro. Daniel Razon to respond with verses of the Bible and display them on TV, Youtube and Facebook screens for everyone’s reference and checking. Hence, the show’s tagline: “The Bible Will Answer. Ask Bro. Eli.”

In that same spirit, they give out free copies of the Bible—a practice they have exercised since the early days of MCGI’s Bible Expositions in the 90s—of which, 8,000 were handed out in the recent anniversary celebration at the Mall of Asia Arena.

Bro. Eli, the show’s main host, answers as transparently as anyone can. Though by reality and experience, the rest comparably don’t.

In fact, it is this hallmark trait and character of his that sometimes get him in variance with people who are unaccustomed to hearing plain truth.

Not that Bro. Eli is blunt or insensitive. Often, when a question begs him to present documented facts about religion, he would preface it by hoping that the inquirer would not get offended. Because he will lay down what needs to be laid down.

Truth is not something he is known to sacrifice a comma of, even if someone did feel strongly against it.

Mirroring the no holds-barred exchange of reasoning from the time of the early Greeks to that of Stephen against the Jews, Bro. Soriano has a long list of debates with pastors of various denominations.

A more awakening form of exposition, ADD's Debates let people see whether a belief or practice will stand under Gospel truth or break down. And even, how religious teachers lack knowledge of their own group’s dogmas and teachings, and sadly, much less of God's words.

Reality is, the very reason why anyone alive today knows and believes in Jesus is because information about Him while He was on this earth, about His Apostles, and their works and words was written more than 2,000 years ago. The Old Path is merely keeping the conversation alive; albeit, with the help and mercy of God.

For 36 years and more, that is something truly worth thanking Him for.

Popular posts from this blog

Vandolph Thanks MCGI for Aid to Late Comedy King

October 10, 2012
Months after his father, Dolphy Quizon, passed away at age 83 due to multiple organ failure, Vandolph still remembers all the people who helped the Philippines’ late Comedy King. So on September 30, the third and last day of the Members Church of God International’s quarterly Thanksgiving, Vandolph dropped by the ADD Convention Center in Pampanga to give thanks to God and the Church. “First of all, thank God, of course,” remarked Vandolph after greeting “Hello and a good evening to all, to the whole world!” Especially in International Thanksgivings when the whole Church offers thanks to God, MCGI uses Internet and satellite facilities to connect remote points across the Philippines and the globe. From left: Jenny Quizon with Vandolph and Dinky Doo talking to Bro. Eli Soriano via live video streaming on September 30, 2012 at the ADD Convention Center, Pampanga. (Photo courtesy of Photoville International) “To all those who prayed and helped, on behalf of my siblings and fami
Post a Comment
Read more

If I'll Have That One Moment with Bro. Eli and Kuya Daniel

April 23, 2017
I remember the moment distinctly when Bro. Eli Soriano, whom I have accustomed to seeing in person weekly in our Thanksgiving service, said during a call that he couldn't go back to the Philippines, and he didn't know when either . Our enemies in faith and in the government back then succeeded in filing unbelievable charges against him in court, ultimately forcing him to leave the country. During the closing prayer, the whole Ang Dating Daan Convention Center sounded as if hordes of bees buzzed together simultaneously. The old stage, where we offered our songs of praise to God, resounded with sobs. I was fond of sitting by the stairs of the stage just so I could listen more intently and closely to the man whom I have heard things about the Lord and the Bible of which I will fail time and time again to try and find human words to describe. I remember jotting down on my notes the title of the topic we studied, whether on that same Thanksgiving or the following I'
Post a Comment
Read more

November 06, 2013
What do 7,107 islands stand against possibly 'the strongest storm to form on the planet this year' ? A timely run in the right direction. UNTV , the Philippines Public Service Channel will be offering Community Prayer schedules everyday where people can pray right from their homes or offices. People can join the prayers through their television sets or mobile phones via www.untvweb.com or by downloading the UNTV mobile app. Times for the Community Prayer will be as follows: 04:00 am (in Filipino), 12:00 nn (in Filipino), 08:10 pm (in Filipino), 10:00 pm (in English), 12:00 mn (in English). The media network's primary proponent of social good, Bro. Eli Soriano , initiated the service in cooperation with UNTV CEO Daniel Razon . The idea is attuned with the 33rd Anniversary Theme of Ang Dating Daan or The Old Path: Building a Prayerful Nation Through Broadcast Evangelization. Bro. Eli Soriano and Bro. Daniel Razon are also the leaders of the Mem
1 comment
Read more